Here at Pedal Portugal, the Cornwall-based charity ShelterBox has long been a cause close to our hearts – which is why we’ve decided to support it through our guided cycle tours.

Back in the old days when I had a ‘proper job’ (the 9-5 sort with regular pay cheques), I was in charge of communications at ShelterBox – putting out press releases, designing the website and other stuff like that.

Those days the charity was still less than 10 years old and just starting to make the transition from being purely volunteer-run to a more professional set-up. But even when I joined in 2007, ShelterBox had already done a phenomenal amount of good.

The charity had been started as a Millennum project by a local Rotary club. One of its members, Tom Henderson, was watching a news report about a disaster. He was struck by the question “what would my family need if we lost our home?”, and came up with the concept of a box full of essential supplies: tent, tools, blankets and other items depending on the situation and need.

From that original idea the charity had already delivered tens of thousands of boxes of vital aid to families left homeless by disaster, responding to the Boxing Day Tsunami, the huge Kashmir earthquake of 2005 – and many events the international media never even gave a mention.

I only worked for ShelterBox for about 18-months – leaving to go travelling and then to retrain as a teacher of English as a foreign language (which is how come I ended up living in Portugal and, eventually, creating this website).

But my wife Carolyn and I never forgot about ShelterBox. In 2009, while working at International House Viseu in Portugal, Carolyn needed a video on charity for a class of teenagers she was teaching. I got in touch with ShelterBox and they sent us a copy of a DVD designed for use with primary school children in England.

The DVD contained a short film about a five-year-old girl called Siti Ayeesha who had lost her home to a severe earthquake in Java:

You could say that film changed our lives. After watching it, Carolyn suggested cycling around the UK the following summer, towing a ShelterBox behind our tandem and giving talks about the charity.

Within a few days I had managed to expand the idea … just a little bit. At the time, the charity had affiliates in 10 countries, mostly as a result of its links with the international Rotary organisation.

My plan was to see if we could do a ride that linked up all those affiliates. Which is how we ended up spending 2010-11 on a year-long ride to promote ShelterBox. 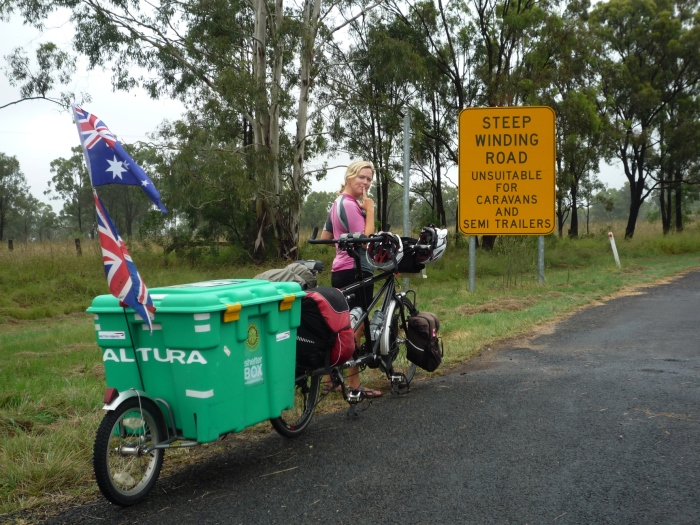 The first leg of the trip took us from Vancouver to Florida (ShelterBox Canada to ShelterBox USA). Next came the length of New Zealand, a chunk of Australia and then a circuit from London to the charity’s base in Cornwall – going via France, Belgium, the Netherlands, Germany and Denmark before coming home via Scotland and Ireland.

In the end, we reached our original target of 10,000 miles (16,000km) while still in Northern Ireland. Along the way we gave well over 100 presentations and talks – sometimes two a day – and raised pledges and donations worth over £50,000 for ShelterBox.

That was over five years ago. After that, we spent another year teaching in Portugal, started this website, moved back to the UK and started running guided cycle tours of some of our favourite parts of Portugal.

In the meantime, ShelterBox has grown and continued to get on with its mission. It’s been involved in helping families displaced in headline situations like Syria, as well as those who have lost their homes as a result of floods, droughts, earthquakes etc. unremarked by most of the world.

Volunteers are still a key part of ShelterBox’s work – not just raising funds but delivering aid as part of their amazing ShelterBox response teams. The video below is three years old but still gives an excellent insight into how the charity works:

Because we still think ShelterBox is an amazing charity and an extremely worthwhile cause to support, we’ve decided to do our own bit to try and support their work.

We’re pledging to give £15 for every rider who takes part in any of our guided tours from now on. It’s not a huge sum but it all helps make their work possible. (And in case you’re wondering, we haven’t increased our prices to cover the donations! We’d set the tour fees for 2017 before making this pledge.) 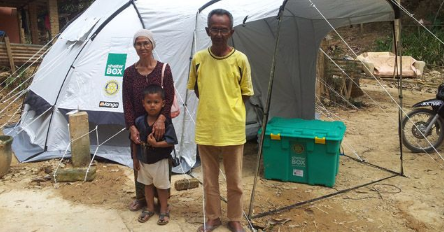