These are a bit later than originally promised (sorry) but here are the answers to my Pedal Portugal Lockdown Quiz.

I’ve posted each question with the relevant picture clue and my answer. As I said in the original post there may be more than one answer possible but these are mine!

Thanks to everyone who had a go (and to Wikipedia, Google etc for help with questions and answers). And congratulations to Louise Russell for getting the most right.

At 12.3km in total length it is currently the second-longest bridge in Europe.

When it opened in 1998 it was the longest in Europe but has since lost out to the 19km Crimean Bridge that connects Russia and territory seized from the Ukraine.

designed the 1878 Maria Pia bridge in Porto- then the longest single-arch span in the world?

This would be Gustave Eiffel. In 1875, the Royal Portuguese Railway Company announced a competition for a bridge to carry the Lisbon to Porto railway across the river Douro.

Gustave Eiffel’s design proposal, priced at 965,000 French francs, was the least expensive of the four designs considered, around two thirds of the cost of the nearest competitor.

Construction started on 5 January 1876 and the bridge was opened in November 1878 by King Luis I and his Queen, Maria Pia of Savoy.

3. What drinking habit did a Portuguese queen introduce to England in the 17th century?

No, it wasn’t port it was tea! Although us Brits are known for tea-drinking (among other things), the Portuguese started the habit first.

Apparently, it was after Catherine of Braganza married Charles II and became Queen of England in 1662, that she introduced tea drinking to the British upper classes.

4. Portugal is the world’s largest producer of what environmentally-friendly product?

Most people got this one: cork.

According to Wikipedia: “Portugal produces approximately half of cork harvested annually worldwide, with Corticeira Amorim being the leading company in the industry”.

5. What two villages are connected by the shortest international bridge crossing in the world?(required)

My answer is Marco (Portugal) and El Marco (Spain). Although I would accept Arronches and La Codosera to be kind.

El Puente de El Marco is a 3.2m wooden bridge across a small stream (generally dry) that divides these two tiny villages on the Portuguese-Spanish border. And yes, I have ridden across it!

6. Lisbon is home to which world’s oldest business?

No, Paddy, it’s not prostitution! The answer I was hoping to get was bookshop. In particular, the Livraria Bertrand store in Rua Garrett.

7. What famous vehicle flew crossed the Portuguese coast in April 1936 at the start of a record-breaking transatlantic crossing?

This was of course the ill-fated Hindenburg zeppelin, which set off from Germany in March 1936 for its first commercial passenger flight – a four-day trip to Rio de Janeiro.

The airship crossed the Portuguese coast near Santa Cruz. Passengers made it across the Atlantic in 43 hours – which was more than twice as fast as if they’d gone by ocean liner. Sadly, the rest is history…

8. Name the famous explorer who some claim was a Portuguese spy and named a Caribbean island after his Alentejo hometown?

Although generally regarded as Italian (born in the then Republic of Genoa) many biographies state he moved to Lisbon in his 20s and married a Portuguese woman before later settling in Spain. But, his origins are often referred to as “obscure” and there are claims he was the illegitimate son of the Duke of Beja – and that he named the island of Cuba after his hometown.

Some even reckon Columbus entered the Spanish court as a spy for the Portuguese and that his “discovery” of the New World was a way of diverting attention from competition for the lucrative routes around Africa.

9. What’s the name of the Portuguese water dog owned by a former US president? 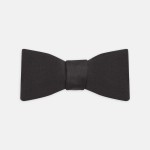 The pooch belonging to Mr & Mrs Obama and their two girls was christened Bo after he joined the family in 2009.

The former ‘first dog’ of the USA lived in the White House and was named in part after musician Bo Diddley.

Portuguese Water Dogs are originally from the Algarve and were known for riding in trawlers that sailed all the way to Newfoundland in search of cod.

10. What invention did Portuguese-Brazilian priest Bartolomeu de Gusmão try to pioneer at the start of the 18th century?

Another airship-related question. Bartolomeu Lourenço de Gusmão (December 1685 – 18 November 1724) was a Brazilian-Portuguese priest and naturalist, who was a pioneer of lighter-than-air airship design. While studying in Coimbra, he developed a fire-powered balloon that he christened the Passarola.

Gusmão showed off his invention to the King of Portugal at an demonstration in Lisbon in August 1709. Although the king was impressed, some accused the inventor of wizardry and – so the story goes – he was so afraid of the Inquisition that he burnt his papers and fled the country.

I was struggling to think of a suitable picture to illustrate this one so the image of Ronaldo is a bit tenuous.

The simple dictionary definition is “Portuguese-speaking”, although if you want to be fancier it’s often used to refer to as “the ethno-linguistic group of peoples and nations across the world that speak the Portuguese language.”

Not a musical instrument then. The word comes from Lusitania, the name for the Roman province that roughly corresponded with modern-day Portugal.

12. What is the main ingredient of the dish with a name often translated as Bacon from Heaven?

Toucinho Do Céu is a very popular cake that comes from the area of Guimarães.

Making it does traditionally involve pork fat (as well as eggs, sugar, butter etc.) but the key ingredient is almonds.

13. Why was the Catholic church hugely embarrassed by the 1755 earthquake that flattened Lisbon? 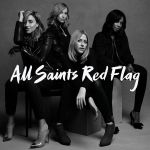 The church was left with a red face because the earthquake – plus tsunamis and fires – happened on the morning of All Saints’ Day (1st November) when the population was supposed to be busy showing its devotion.

In addition, practically every church in Lisbon was destroyed by the earthquake. Which could be taken as a message from on high.

The Royal family escaped the devastation as they’d been to church early and had already left the city. But apparently the king was so traumatised he was left with severe claustrophobia for the rest of his life.

14. Lagos is famous (or infamous) for holding the first of what type of market in Europe?

Not one to be proud of.

Lagos was home to the first slave market in Europe after slaves from Africa were brought to the town in 1444.

15. In 1761 Portugal became the first colonial power to do what?

On a much more positive note, a 1761 decree by the Marques of Pombal banned slavery in Portugal – something the UK didn’t do until 1833.

Although to be fair it should be pointed out that Portuguese traders continued to be heavily involved in the slave trade. They just sold slaves to other countries. And things weren’t exactly rosy for many of those living in Portuguese colonies either.

16. What drinking crime is the Bishop of Norwich alleged to have committed in 1685?

Ooops. This question should have read 1785 not 1685 but the point is that the dastardly cleric in question had a reputation for hogging the port and failing to pass it to his left as tradition (for some strange reason) decrees.

There seem to be various versions of the story – and which Bishop of Norwich was the guilty man. Wikipedia blames Lewis Baggott, who was bishop in 1785, whereas port makers Taylor’s blame Henry Bathurst in the 1830s, explaining:

“Bishop Bathurst lived to the age of 93 by which time his eyesight was deteriorating and he had developed a tendency to fall asleep at the table towards the end of the meal. As result he often failed to pass on the Port decanters several of which would accumulate by his right elbow to the consternation of those seated further up the table.  A bon vivant said to possess a prodigious capacity for wine consumption, he was sometimes suspected of using these frailties to his advantage.”

The picture clue is from a classic episode of Ripping Yarns from the late 70s, This illustrates how society can fall apart if we fail to do things like pass the port in the correct direction.

17. In 2008, Portugal led the world by opening the first what near Povoa de Varzim?

This was the opening of the world’s first commercial project to generate electricity from wave power.

This was a parade of Santas in December 2010, when the city broke the previous record – also held by Porto.

19. What bird features on Lisbon’s coat of arms?

This is the raven, of which there are two on the Lisbon emblem, commemorating Saint Vincent (or São Vicente) and the transfer of his body to Lisbon.

According to legend, after the saint was tortured and thrown in the sea by the Romans, ravens protected his body from being devoured by wild animals after it was washed up. His followers erected then erected a shrine over his grave at Cabo São Vicente, near Sagres, which continued to be guarded by flocks of ravens.

The king had the saint’s body 1173 and brought it by ship to the Monastery of São Vicente de Fora in Lisbon, still accompanied by the ravens.

20. Portugal and the UK jointly hold what?

The two countries have the oldest unbroken international alliance, a treaty that was originally ratified in 1386 – signed by Edward III of England and Queen Eleanor of Portugal.

It established a treaty of “perpetual friendships, unions [and] alliances” between the two seafaring nations.

21. Portugal is famous for what ‘polished stones’?

And finally… this is Portugal’s famous azulejos tiles. Although you might think the ‘azul’ part of the word has something to do with the Portuguese word for ‘blue’ that’s just a red herring. (Is a blue red herring purple?)

The word is actually Arabic in origin and roughly translates as ‘polished stone’.